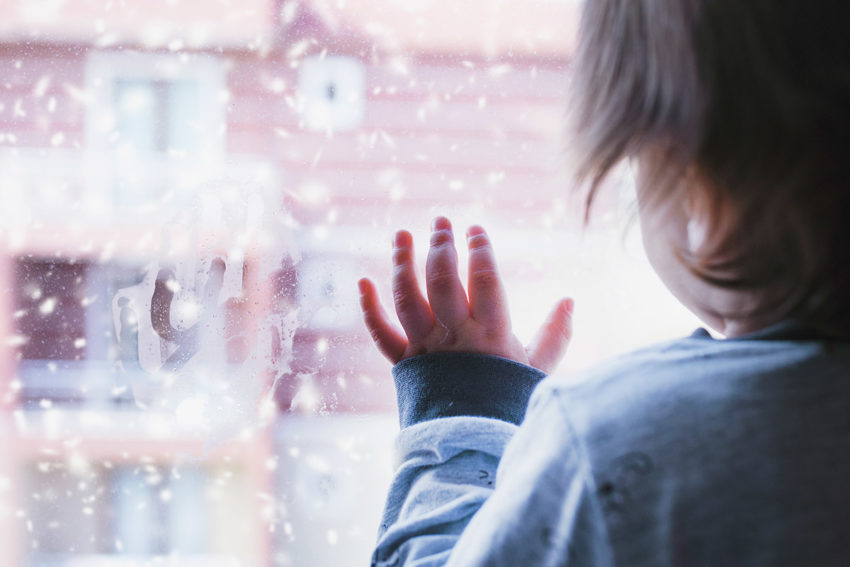 Autism or autism spectrum disorder causes a person to establish repetitive behavioral patterns and often impairs their social interactions with other people.

Doctors typically diagnose autism spectrum disorder (ASD) in childhood when symptoms can occur before 3 years of age, according to the American Autism Association.

In the United States, the Centers for Disease Control and Prevention (CDC) suggest that 1 in 59 children has ASD.

The term “spectrum” refers to the wide variety of symptoms and severities within ASD. Some people with the condition experience debilitating social problems while others may be able to function more independently.

ASD is an umbrella term that accounts for a number of neurodevelopmental conditions.

In the newest edition of the American Psychiatric Association’s guidelines for diagnosis, known as the Diagnostic and Statistical Manual of Mental Disorders (DSM-V), they have added the following disorders to the category of ASD:

While different types of ASD occur, common experiences among people with the condition include impairment in social situations and the adoption of repetitive behaviors.

Some children with autism might seem to show symptoms from birth, while others may develop more obvious signs as they become older.

Autism also has links to other medical conditions, such as epilepsy and tuberous sclerosis complex. According to the National Institute of Neurological Disorders and Stroke (NINDS), an estimated 20 to 30 percent of people with ASD develop epilepsy by the time they reach childhood.

ASD may have a number of effects on a person’s social interaction and communication, including:

In addition to impaired communication, a person with autism may also display repetitive or unusual behaviors.

Examples of these include:

Around 1 in every 10 people with autism exhibits signs of savant syndrome, although this condition might also occur in people with other developmental conditions or nervous system injuries.

Savant syndrome occurs when a person demonstrates extraordinary abilities in a particular field, such as playing a musical instrument, calculating extremely complex sums at high speed, reading two pages of a book simultaneously, or being able to memorize vast amounts of knowledge.

People with autism thrive on routine, and the ability to predict the outcomes of certain behaviors and places. A break in routine or exposure to loud, overstimulating environments can overwhelm a person with ASD, leading to outbursts of anger, frustration, distress, or sadness.

No specific test can diagnose autism. Instead, doctors reach a diagnosis through parental reports of behavior, observation, and by ruling out other conditions.

For example, if a child has undiagnosed hearing loss, the symptoms can be similar to autism.

The causes of autism are currently not known, but significant numbers of studies are underway with a view to learning how it develops.

Researchers have identified several genes that appear to have connections to ASD. Sometimes, these genes arise by spontaneously mutate. In other cases, people may inherit them.

In studies of twins, autism often has a strong correlation between twins. For example, if one twin has autism, the other is likely to have autism an estimated 36 to 95 percent of the time, according to the NINDS.

Those with autism may also undergo changes in key areas of their brains that impact their speech and behavior. Environmental factors might also play a role in the development of ASD, although doctors have not yet confirmed a link.

However, researchers do know that some rumored causes, such as parenting practices, do not cause autism.

Do vaccines cause autism?

Another common misconception surrounding autism is that receiving vaccines, such as those for measles, mumps, and rubella (MMR), can contribute to autism.

However, the CDC report that there is no known connection between vaccines and autism.

A 2013 study confirmed that the number of antigens, or substances that trigger the production of disease-fighting antibodies are the same in children who do and do not have ASD.

Some people claim that thimerosal, a preservative that contains mercury and is in specific vaccines, has links to autism. However, at least nine different studies since 2003 have provided evidence that counters this claim.

The Lancet journal published the initial paper that triggered the controversy around vaccines and autism and retracted it 12 years later after evidence of data tampering, and research fraud became clear. Governing bodies stripped the author, Andrew Wakefield, of his credentials and permission to practice.

There is no uniform treatment for autism, as every person with the condition presents differently.

Therapies and strategies are available for managing the health issues that often accompany autism. These issues can include epilepsy, depression, obsessive-compulsive disorder (OCD), and sleep disturbances.

While not all of these treatments will be effective for all people with ASD, there are many options to consider that may help people cope. Autism specialists or psychologists can refer a person for a treatment that reflects their presentation of autism.

Among the treatment interventions that may be beneficial are:

Applied Behavior Analysis (ABA): In ABA, an instructor at first tries to learn about the particular behaviors of a person with ASD. They will also want to know about the effects of their environment on this behavior, and how the person learns. ABA aims to increase desirable behaviors and reduce harmful or isolating ones by using positive reinforcement.

ABA can help improve communication, memory, focus, and academic performance. By analyzing current behaviors and teaching new actions step-by-step, an instructor can provide both a person with ASD and the people around them with tools for support.

Early Start Denver Model (ESDM): This type of behavioral therapy occurs during play and helps children between the ages of 1 and 4 years old.

A psychologist, behavioral specialist, or occupational therapist uses joint activities and play to help a child with autism build positive relationships with a sense of fun. Parents can then continue the therapy at home.

Floortime: This involves parents joining children in the play area and building relationships. ABA therapies might also use floortime to support treatment and vice versa. Parents let the children lead the game, allowing the child’s strengths to develop.

Through this engagement, a child with ASD learns two-way and complex communication, emotional thought, and intimacy. They also learn to take the lead of regulating themselves and engaging with their environment.

Occupational therapy (OT): This helps a person with autism develop the skills for everyday living and learn independence.

These skills include dressing without assistance, grooming and hygiene, and fine motor skills. People with ASD then practice these skills outside of the therapy sessions, which are usually between 30 and 60 minutes long.

Pivotal response treatment (PRT): This therapy aims to support motivation and the ability to respond to motivational cues in children with ASD. It is a play-based therapy that focuses on natural reinforcement.

For example, if a child wants a toy car and asks in an appropriate way, they get the toy car, not an unrelated reward, such as candy. This also encourages children with ASD to start social interactions, as well as merely responding to them.

Relationship development intervention (RDI): This treatment revolves around the importance of dynamic thinking, or the ability to adapt thoughts and process situations flexibly, to help improve quality of life in people with autism.

The focus of RDI includes understanding other people’s perspectives, processing change, and absorbing information from several sources at once, such as sight and sound, without experiencing distress.

Speech therapy: This helps to address the challenges in communication that people with autism might experience.

Assistance might include matching emotions with facial expressions, learning how to interpret body language, and responding to questions. A speech therapist might also try to teach the nuances of vocal tone and help the individual strengthen their speech and clarity.

TEACCH: This program helps to integrate the needs of children with autism into a classroom environment, with an emphasis on visual learning and support for the attention and communication difficulties that might arise.

Special education providers and social workers, as well as medical professionals providing other treatments, such as psychologists and speech therapists, can use this system to support children with ASD.

Verbal behavior therapy (VBT): This helps a child with ASD connect language and meaning. Practitioners of VBT focus not on words, but the reasons for using them.

If a doctor prescribes medicine for a child or adult with ASD, they will usually be trying to address seizures, depression, or disturbed sleep.

Again, medications may or may not be right for an individual with autism on a case by case basis.

Click here for a helpful aid that can break down which options will be best for a particular set of symptoms.

Children with ASD often develop a range of behaviors that help them process the isolating effects of the condition.

These behaviors are attempts by the child to protect themselves from stimuli that may overwhelm them and increase sensory input to enhance feeling. They may also enact these behaviors to bring some level or organization or logic to their everyday lives.

While not all coping strategies for autism are harmful, some can inhibit social interaction and lead to isolation and distress.

The important factor in managing potentially isolating behaviors is not to discourage these behaviors, but to add other coping strategies that can make a child’s journey through autism easier, such as:

The following are effective ways to achieve this:

Different people experience ASD to varying extents and with a range of behaviors. However, these strategies and skills can help increase the tools available to each person with the condition and improve their quality of life.

There is no cure for autism. However, researchers are studying nearly every aspect of the condition, from its causes to potential treatments.

In some people with ASD, medications and behavioral health interventions can improve the effects of the condition to enable a person to function independently in adulthood.

For others, the symptoms and co-existing conditions, such as epilepsy, may require further management and assistance.

Some of the most significant advancements in autism research include:

A 2017 study in Proceedings of the National Academy of Sciences of the United States of America examined 32 children who received intranasal oxytocin or a placebo as a treatment. The research found that children who took oxytocin demonstrated improved social functioning. The study leaders had previously found that low oxytocin levels had links with lower social performance.

The ongoing Deciphering Developmental Disorders study is currently looking at undiagnosed conditions in more than 12,000 people in the United Kingdom and the Republic of Ireland.

The study aims to try and understand these developmental disorders to help those children and adults who experience them plus scientists and clinicians.

A 2017 study published in the journal Nature found that brain growth in children with ASD has links to the severity of the condition. The researchers theorized that this knowledge may help doctors diagnose autism at earlier stages than ever before.

These studies are a few examples of ongoing efforts that may assist in the future diagnosis and treatment of ASD.

According to the American Autism Association, doctors diagnose a person with ASD every 11 minutes in the United States.

A combination of education about ASD and earlier recognition means that people with autism can receive early assistance for the condition. Ideally, a person should receive treatments and therapies as early as possible to enhance their quality of life.

Autism or ASD is a complex neurodevelopmental condition that causes difficulties with social interaction and favors strict adherence to routines and predictable patterns.

There are different types and severities of ASD, including Asperger syndrome. Some people with ASD can live independently while others require more sustained care and support.

The causes are currently unknown, but researchers have identified several genes that may have links to the development of ASD. Vaccines do not cause autism.

Research is ongoing, and treatments are under development that might improve quality of life for people with autism, moving forward. Current therapies include occupational therapy, speech therapy, and various forms of communication support.