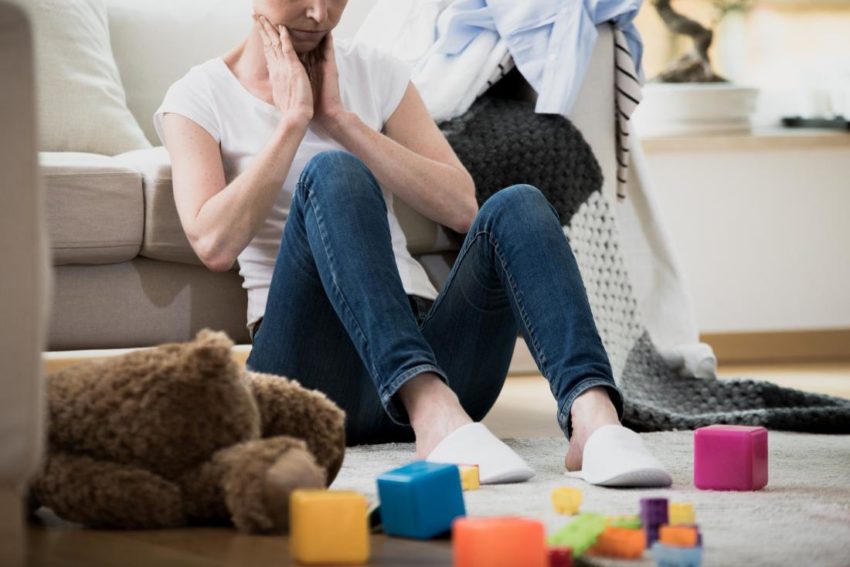 Autism spectrum disorder refers to a set of related conditions that affect social interaction, communication, and behavior. The impact can range from mild to severe. It mostly appears in early childhood, and it normally continues into adulthood. Some people with autism spectrum disorder are highly gifted in a specific field.

Apart from difficulties with social communication, people with autism spectrum disorder (ASD) tend to have restricted interests. Other key features include repetitive behavior and a need for routine.

In the United States, the Centers for Disease Control and Prevention (CDC) report that ASD affects 1 in every 68 children. Boys are 4.5 times more likely to be affected than girls.

Bringing up a child with autism can be challenging for parents, especially when other people do not understand the issues.

Children with ASD experience the world differently from most people. They often have difficulty expressing themselves. Sensory issues can affect how they smell, hear, or see things. They may find it impossible to eat foods of a particular color, for example.

Parents can find it difficult and embarrassing when their child demonstrates unusual behaviors in public. The website Parent Coaching for Autism lists a number of behaviors that might be considered unusual.

If parents feel stressed and unable to cope, their own health can be at risk. It is important for parents to address their own needs as well as those of their child. Other people can help by learning about autism and the challenges it poses.

How do parents feel?

Frustration is a common emotion. They may feel frustrated when their child is clumsy, unresponsive, angry, or disregarding of others. Frustration can also arise when other people do not understand how ASD affects a child, and when they judge both the child and the parent unfairly.

Parents are often anxious, not only about today, but also about how the child will cope in future.

Guilty feelings can arise if the parents, wrongly, blame themselves for the disorder, when they lose their temper, or when they feel that they are not doing things right.

Anger can occur if a parent feels that they are not getting help, say, from the other parent, from family, or from support groups. They may become angry with the child when the child’s behavior is hard to handle.

Grief and sadness are also common reactions. When parents first learn that their child will not be able to experience life as other children do, there may be a sense of loss, both of the child’s future and of the parents’ own hopes and expectations.

Parenting can be stressful, and taking care of a child with special needs is often more so. Negative emotions are normal. Parents should try to keep these feeling in perspective and to avoid blaming themselves unnecessarily. If the stress becomes too much, speaking to a counselor may help.

It is also important to remember that children with autism can live happy, fulfilled lives. Their experience will just be different.

Getting the right diagnosis

Studies have shown that early diagnosis and intervention can have a positive impact on life outcomes for children with autism.

The sooner the diagnosis is made, the sooner the child can access help through speech and other types of therapy. If a child is showing signs of autism, it is better to seek advice than to ignore them.

With intervention, about 3 percent of the children with ASD will ultimately “lose” their diagnosis. These are usually children with high-functioning autism. Therapy can help them to maximize strengths and overcome difficulties.

Authors of one study found that 13 percent of children who were diagnosed with autism “lost” their diagnosis as they got older. Experts for the Cleveland Clinic suggest that at least some of these may have been misdiagnosed initially.

For this reason, they urge parents to seek a specialist diagnosis, because the more reliable the diagnosis, the more suitable the intervention will be.

What can parents do to give their child the best possible life chances?

Apart from getting an early diagnosis from a specialist, Autism Speaks suggest a number of ways that parents can give their child the best possible life chances.Fast facts about autism

Parents, they say, should learn all they can about autism, but check to make sure the information is correct. Being informed will make them a better advocate for their child. Help and opportunities are available in the fields of health, education, and development. Health providers and support groups can help parents to find the right information.

Support groups and blogs, such as Finding Ninee, can also offer a friendly space to share experiences and advice, to discuss the issues with people who understand, and to express the emotions honestly.

Talking openly with friends, family, and others who do not share the same experience can help them to understand and to empathize. It may encourage them to offer support.

Other family members could offer to take the child on a special trip to the park, for example, at the same time every week. The child will appreciate the routine.

Within the family, Autism Speaks advise parents to make time for other siblings and for themselves. There should be suitable activities for everyone to enjoy, they say, but life should not only be about autism.

They also emphasize the need to appreciate and highlight what the child can do, rather than what they cannot do.

Up to half of all children with ASD experience behavioral problems. The child may have tantrums, become aggressive, injure themselves, and refuse to comply with requests. Communication difficulties can exacerbate these problems.

Behavioral problems make it harder for the child to access educational and other services, and this can lead to further social isolation and frustration.

Parents and caregivers can struggle when faced with these situations, especially if they do not feel confident about dealing with them.

A report published in JAMA in 2015 shows that training parents in techniques for managing behavioral problems can reduce the incidence of such problems.

In the study, parents of children with ASD, aged 3-7 years, received behavior intervention training, consisting of eleven 60-90-minute sessions with a therapist over 16 weeks. They learned strategies for coping with challenging behaviors related to autism. They also had a home visit and two telephone consultations over the next 2 months.

Commenting on the findings, autism specialist Dr. Kara Reagon, associate director for dissemination science at Autism Speaks, emphasizes the importance of parents noticing what happens immediately before a disruptive or harmful behavior begins.

She points out that children with autism cannot always express themselves verbally. Noticing what happens before and after an unwanted behavior starts, says Dr. Reagon, can help parents identify what caused it.

With this awareness, the parents are better placed to help the child replace the negative behavior with a more constructive one. Alternative actions could involve pointing to the required item, instead of crying, screaming, or grabbing in frustration.

Experts believe that parent-mediated intervention during the preschool years can enhance life skills of children with autism, improving their life chances.

Areas where the child could benefit might include parent-child interaction, social communication, symbolic play, and social imitation. The intervention could lead to better adaptive functioning, which is the ability to cope with daily tasks, less restricted behavior, fewer repetitive behaviors, and reduced anxiety in the child. This would also benefit the parents.

Children whose parents participated in a special early intervention strategy when the child was between 2-4 years old had less severe signs of autism by the ages of 7-11 years.

The strategy included 20-30 minutes of planned communication and play every day, and the chance for parents to get specialist feedback on their interaction with their child.

Dealing with unusual behavior in public

One challenge that parents face is how to react when their child behaves unusually in public.

The website Parent Coaching for Autism offer some strategies that can minimize this.

At home, they propose:

When out and about, they suggest carrying a stock of stress relievers or a favorite toy, to distract the child and divert their attention if necessary.

They also advise parents and carers to ignore the stares of onlookers by calmly focusing on the child and their needs. This, they say, can reduce stress for both parent and child, and it may turn a situation around.

What other people can do

Advocate Kristi Campbell, founder of Finding Ninee, asked a number of parents of children with ASD what they would like other people to know or do. She sets out some of the ideas for Autism Speaks.

The parents wished people would:

Ultimately, the parents would like to see more empathy, and for other parents to accept their children just as they would like their own children to be accepted.

Support for parents and families

Health providers can put parents in touch with a local support group. A web search can help parents to find a national online forum or support group. These are useful places to ask for advice and help and to share experiences.

National Autism Resources supply toys and other items especially suited to children with autism. There are items for calming, stimulating, and teaching, such as chewable jewelry, fidget toys, crash pads, weighted blankets, and light shows. Educational toys include “Buddy Talk,” a device for practicing conversations.

Communication with support groups, with family members, with the child’s siblings, and with friends can all help to increase understanding and build a stronger support system.

If grandparents and other family members learn to be comfortable taking care of the child, this can provide respite for the parent, and other siblings, too. It can also offer an alternative social contact for the child.

Finally, parents must remember to take care of their own needs. The better they look after themselves, the more effectively they can help their child to maximize their quality of life.